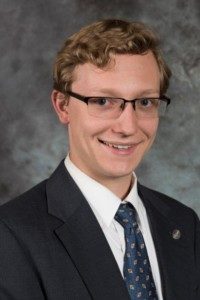 Among the more distinct memories of my childhood is that of playing ‘mass.’  My grandma had sewn dress-up vestments for me, and when I turned five my parents made me a clay paten and chalice to play with.  Although I really had no idea what the Mass even was at the time, it was this early pastime and encouragement which planted the seed of discernment.  If you had asked what I wanted to be when I grew up, I would have responded by saying either an astronaut, or a priest.

I grew up in a loud family of eight, and all six of us kids were homeschooled from preschool through high school.  The year I turned seven we moved from our home in Gilbert, Arizona, where we were members of St. Anne’s parish, up to the northern reaches of the diocese, settling in Flagstaff, AZ, and the parish of San Francisco de Asis.  It was there that I did the majority of my growing up among the predominately protestant homeschoolers in the area.  Because of our Catholic Faith, my family and I stuck out.  There was no room for me to be lukewarm and so I did my best, with the help of my steadfast parents and older siblings, to grow deeper in my relationship with Christ.

When I was going into seventh grade, my older sister joined the Dominican Sisters of Mary Mother of the Eucharist, and I suddenly became aware that the idea of a vocation was one I had to give some serious thought to.  Through God’s providence, I had the opportunity that same year to go on a week-long retreat, during which I felt God asking me to consider the priesthood.  Recalling my early memories, this idea came again to the forefront of my mind until I finally realized that the priesthood really was the vocation I wanted to pursue.